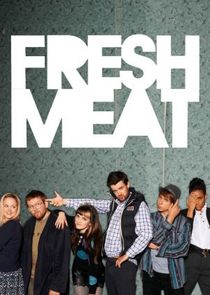 4 seasons No reviews yet

Drama   Comedy
All episodes have aired. Show has ended.

A comedy drama series about the hilarious and painful truths of being a student. The latest creation from Sam Bain and Jesse Armstrong, Fresh Meat follows a group of six students about to embark on the most exciting period of their lives so far - university.
Sign in to add to your Watchlist